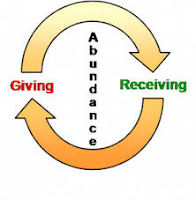 The 2019 theme of my 26 June birthday was peace. Peace in our hearts and peace in the world. One week earlier, I received a WhatsApp picture from a family friend, Cynthia, to whom I had handed down some dresses a couple of years back. In the picture, she was flaunting one of the dresses, then told me to see how my generosity reflects on her looks. It took me a while to remember the dress. I have a creed, if you don’t wear it for over 3 months, you don’t need it (exception made to party outfits though). This creed was inspired by reverend Sister Sally while I was in secondary school.


Fast forward one week later on my birthday. Cynthia WhatsApp-wished me HBD. I thanked her and then sought to know more on what she is up to.  She told me she has completed training to become a teacher, and while waiting to be integrated into the public service, she is pursuing a degree program in the University of Bamenda. I was inspired by her willingness to further her studies while waiting (such waits can range from zero to a couple years). I asked when next her school fee was due and she said September. I tasked her to give me a gentle reminder around that time.

About an hour later, I got a phone call from a former colleague who asked what I plan to do for my birthday. I told him it’s been a very long time since I cut a cake on my birthday, so I planned to pick one up during the day and share with family at home. He immediately offered to pick up the bill! I was humbled and grateful, and in a very cheery tone, I told him not to worry, the birthday cakes I usually get for myself and the kids never goes above 6k (it is just cake right?). A few minutes later he called requesting that I check my mobile money balance. I quickly checked and behold, the very same amount of money I offered to pay Cynthia’s school fees in September was sent to me for my birthday cake (50k)! Thanks immensely Peter!

Humbled, and smiling, I received the gift as a very beautiful reminder from God telling us, “Give and you shall receive”. It is a Universal Law. Disciples of the Law of Attraction know this. Sometimes you receive the same day, the same amount, other days you receive a hundred fold, other times multiplied in your wildest imagination.  Whatever it is, it is just the Universal Principle in action. I have so many testimonies of giving and receiving on the same day, it feels good sharing this one. 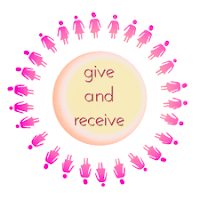 Conversely, do not give because you want to receive. Intention matters. Give because you want to create joy in another. I may be between jobs at the moment but for me, giving is a powerful statement indicating that: “There is more where that came from,” and, “Universal Abundance is there for us to draw inspiration from”.

Some say God loves a cheerful giver. For me, it is the other way round. A cheerful giver loves God. We are all individuations of God. The same Spirit of God is in each one of us, in other words, we are all made in the image of God. We are one with God. Whatsoever you do to the least of my brothers/sisters, that, you do unto YOU. Go therefore, and put a smile on the faces of God’s children, and by extension, to your very soul and to God. 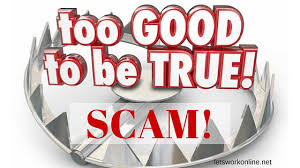 I will be brief. Here is how you can avoid being scammed on your mobile money (MoMo) account. I was almost a victim today, thanks to my kind but careful heart.

I got a phone call this morning. While taking the call, I got an SMS notification. Talking hurriedly, the man says in a very responsible voice, “Hello … (he calls my name), I am Justice Mambo, I mistakenly sent 22,000frs credit into your account. Please resend the money. You must have just seen the message that just came in.”

I asked him to be patient for me to check. I checked and saw the above standard MoMo SMS. I called back to verify with him, asking to know if what he sent was airtime credit or mobile money. He babbled, still hurriedly, “How can you be asking me if its credit or momo na madam? It is momo and you should know these things. I am hurrying to go to work and I urgently need the money back. I know you are concerned about transfer charges so please just send me 20,000frs”.

I told him politely, my kind heart taking over my reasoning, “Sir, you have to be patient while I resend you the money.” He was becoming impolite on the phone so I hung up to do the rightly honest t thing, ‘resend his money’.

I decided to save his number in order to copy it. Somehow my intuition said to check my previous MoMo balances (good to keep them and not delete, u can also check by dialing *126# instantly). I noticed none of my last transactions had the above amount. As I saved his number in my phone, I went back to take a look at the sender of the SMS. Behold, it was from the same person who just called me! The sender of a normal MoMo transaction message is “MobileMoney”!

That’s when it dawned on me that I was being scammed. That’s when I noticed I was breathing faster as the truth was unveiling itself, my adrenaline rising…. I remembered what my younger brother, Tan, told me of a similar experience. I sent him this sms:

1.    It is very easy to be scammed, it happens so fast, leaves you no time to think.
2.    Both scammers and scammees are greedy (I was to be rewarded 2k for my kindness).
3.    Always verify and reverify if you aren’t sure.
4.    Never accept to be bullied on the phone by someone you can’t even see.
5.    Pay close attention to those you talk to on the phone. You cannot see them, therefore, your intuition must be at its best to discern what they are about, just from the tone of their voice.
6.    MTN will never ask for your mobile money pin code (I have received 5 pop-up messages today requesting me to put my pin to authorize a withdrawal!).
7.       I suspect that all this happened today because yesterday I did a momo withdrawal in a call box in town. Just a suspicion.
8.       Let’s be careful and learn from each others’ experiences. May MTN do more sensitization on these issues.

The Mango season in Bambouti, Central African Republic spans from April to August. This coincided with the arrival of almost 4,000 South Sudandese refugees in Bambouti. They face many challenges, amongst which, hunger in the horizon with the end of the mango season. The abundance of the mangoes have played down the effect of hunger.

In November 2015, about 4,050 men, women and children fleeing violence in the South Sudanese towns of Source Yubu and Ezo abandoned their livelihoods to find safe haven in Bambouti, a sub prefecture in a very remote south eastern part of the Central African Republic. Even though the arrival of the refugees has put much strain on natural resources in the area, nature has a way of answering this call.

One of the first things that catches the attention of a visitor to Bambouti is the abundance of mangoes and mango trees. The visitor actually may have the impression that every family owns a tree. The mangoes are everywhere. On the trees, under the trees, in homes and in very limited quantities in the local market. The abundance of fresh mangoes could greatly generate income for both the inhabitants and the newly arrived refugees in Bambouti. However this is sadly not the case.  The access roads linking Bambouti with the rest of the country are almost impossible to use during the mango season, which also coincides with the rainy season. The availability of the mangoes has provided a ready answer to the nutrition challenges facing both the locals and the refugees. 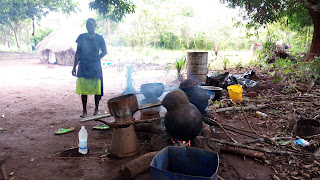 The inhabitants of Bambouti have developed a method to ferment the ripe mangoes to produce a liquor for local consumption called “bodamango". In other parts of CAR, the same process is used to transform honey into a liquor locally called "Angara" or “Douma”.


As the refugees continue to satisfy their hunger with the mangoes of Bambouti, there remains an urgent need for humanitarian actors to assist them with basic necessities. They have erected make shift shelters with palm tree branches and sticks, and these provide them with little protection from rain, rodents and reptiles.
Posted by T! Ntemgwa at 4:01:00 pm No comments:

Ask and you shall receive.

I called a couple of friends in the MTN VIP service in Bastos to complain in vain. I requested a detailed bill and yes, those figures were correct.
I looked in detail and tried to check out the supposed dialed numbers. Everything seemed to fall in place. After all, machines don’t lie right?

I decided to pay the bill to avoid suspension of my line: act and complain later. One fateful day I received a call from an MTN post-paid customer service agent. After the usual courtesies, he said he would like to know my appreciation of their post-paid services. I took a deep breath and then fired on with my story about the inflated bill etc etc. He was wise in letting talk non-stop because I would not have entertained any interruptions. At the end of my polite ranting he gave me an email address to channel my complaint to.

You bet I sent a very self-explanatory and strongly-worded email contesting the bill. The following day I received an acknowledgement receipt of my complaint. Two days later I was pleasantly informed, with apologies, that they have refunded 213,000 CFA into my account. I am planning to request a cheque because I don’t trust machines anymore. They could just deduct that money without my knowledge. What do you think?

Lesson learnt:
-          Machines are not always right. Maybe they smell the ability of customers and bill accordingly.
-          Do not bill to kill. Some customers know their rights more than you think.

Welcome here. Thanks for being a part of PNT's Attitude: a recipe for present-moment living. SITE MAP: The cheeky quotes here below change with every page refreshment, striking pictures are next, God's beautiful flowers for you follow. My favourite inspirational messages are bottom page. Past articles are bottom right and new articles are main page. Blessings always, all ways!